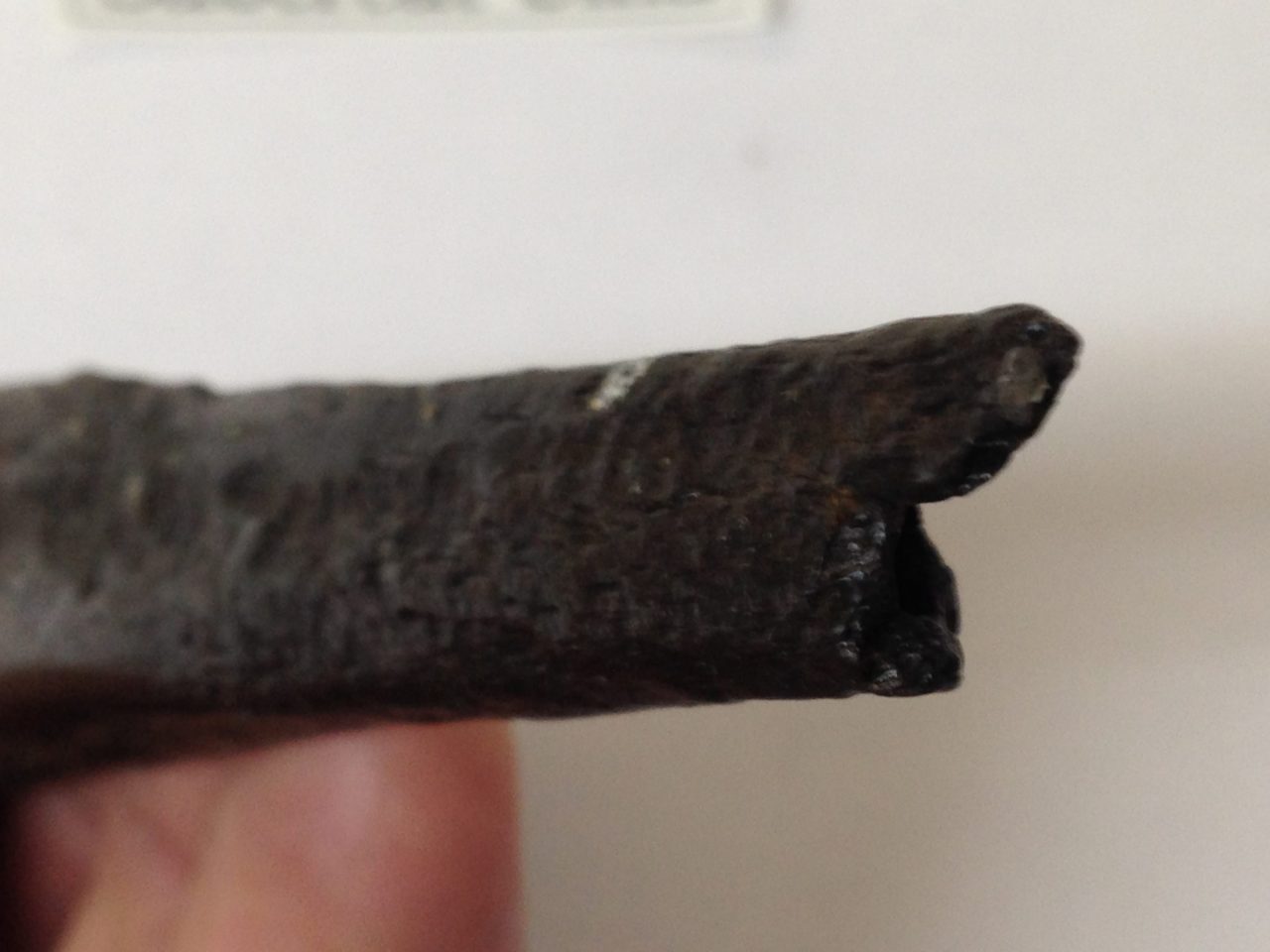 This is a great specimen of a Saber Cat Ulna

This is a very well fossilized example of a sabercat partial ulna Smilodon /ˈsmaɪlədɒn/, is an extinct genus of machairodont felid. It is perhaps one of the most famous prehistoric mammals, and the best known saber-toothed cat. Although commonly known as the saber-toothed tiger, it was not closely related to the tiger or other modern cats. Smilodon lived in the Americas during the Pleistocene epoch (2.5 mya–10,000 years ago). The genus was named in 1842, based on fossils from Brazil. Three species are recognized today: S. gracilis, S. fatalis and S. populator. The two latter species were probably descended from S. gracilis, which itself probably evolved from Megantereon. The largest collection of Smilodon fossils has been obtained from the Rancho La Brea Tar Pits in Los Angeles, California.
Overall, Smilodon was more robustly built than any extant cat, with particularly well-developed forelimbs and exceptionally long upper canines. Its jaw had a bigger gape than that of modern cats and its upper canines were slender and fragile, being adapted for precision killing. S. gracilis was the smallest species at 55 to 100 kg (120 to 220 lb) in weight. S. fatalis had a weight of 160 to 280 kg (350 to 620 lb) and height of 100 cm (39 in). Both of these species are mainly known from North America, but remains from South America have also been attributed to them. S. populator from South America is perhaps the largest known felid at 220 to 400 kg (490 to 880 lb) in weight and 120 cm (47 in) in height. The coat pattern of Smilodon is unknown, but it has been artistically restored with plain or spotted patterns.
In North America, Smilodon hunted large herbivores such as bison and camels and it remained successful even when encountering new prey species in South America. Smilodon is thought to have killed its prey by holding it still with its forelimbs and biting it, but it is unclear in what manner the bite itself was delivered. Scientists debate whether Smilodon had a social or a solitary lifestyle; analysis of modern predator behavior as well as of Smilodon’s fossil remains could be construed to lend support to either view. Smilodon probably lived in closed habitats such as forests and bush, which would have provided cover for ambushing prey. Smilodon died out at the same time that most North and South American megafauna disappeared, about 10,000 years ago. Its reliance on large animals has been proposed as the cause of its extinction, along with climate change and competition with other species, but the exact cause is unknown.