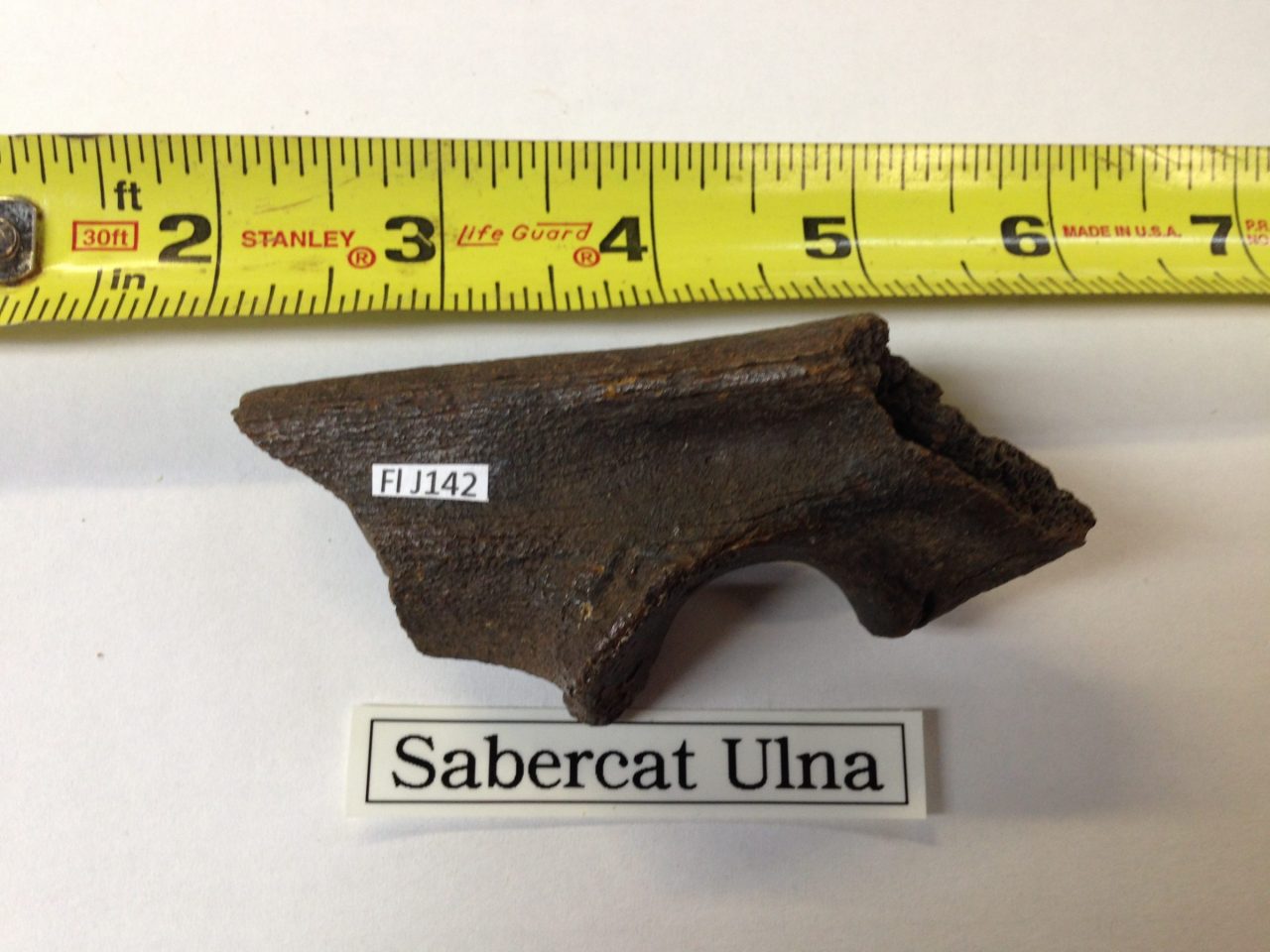 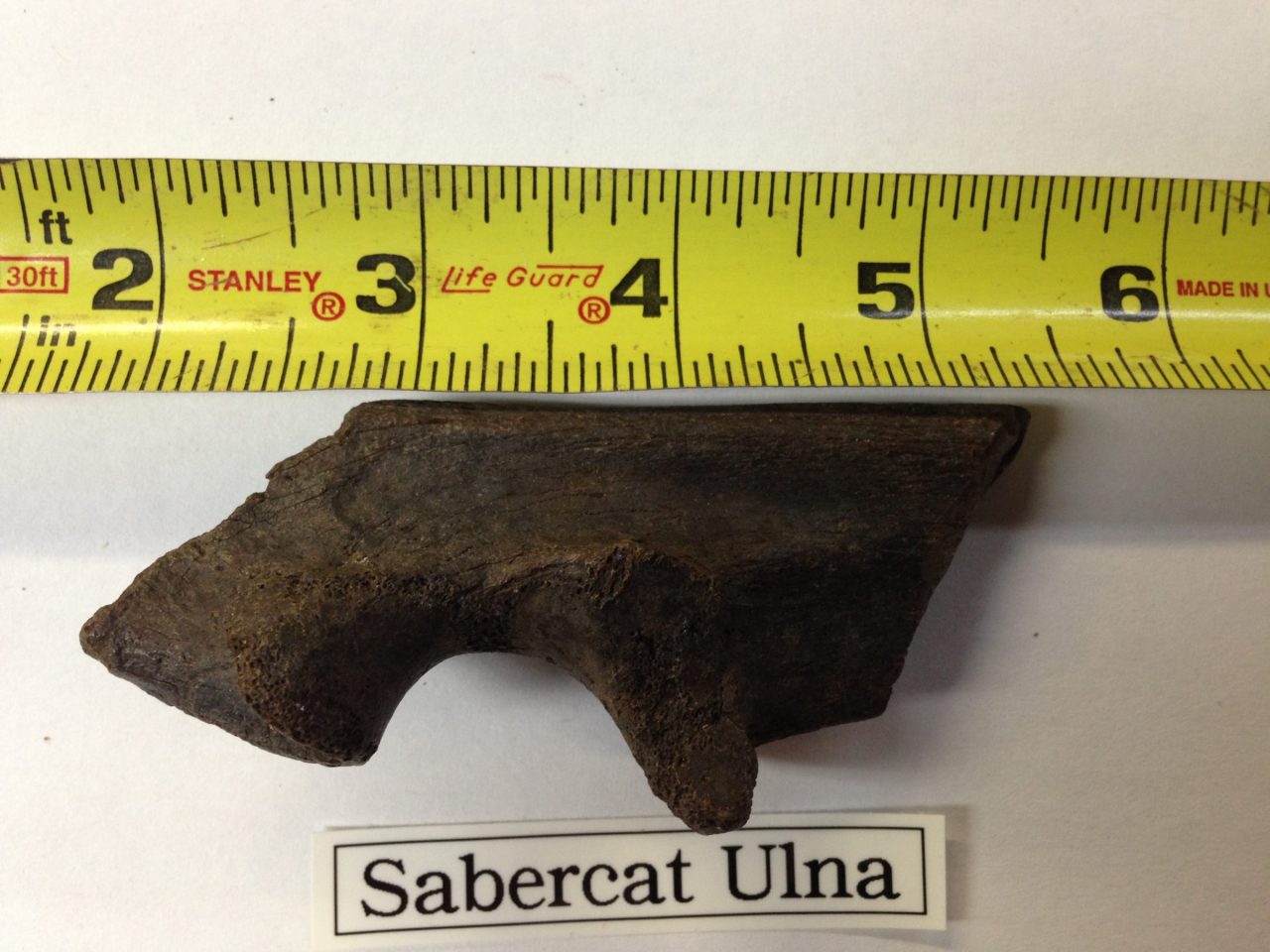 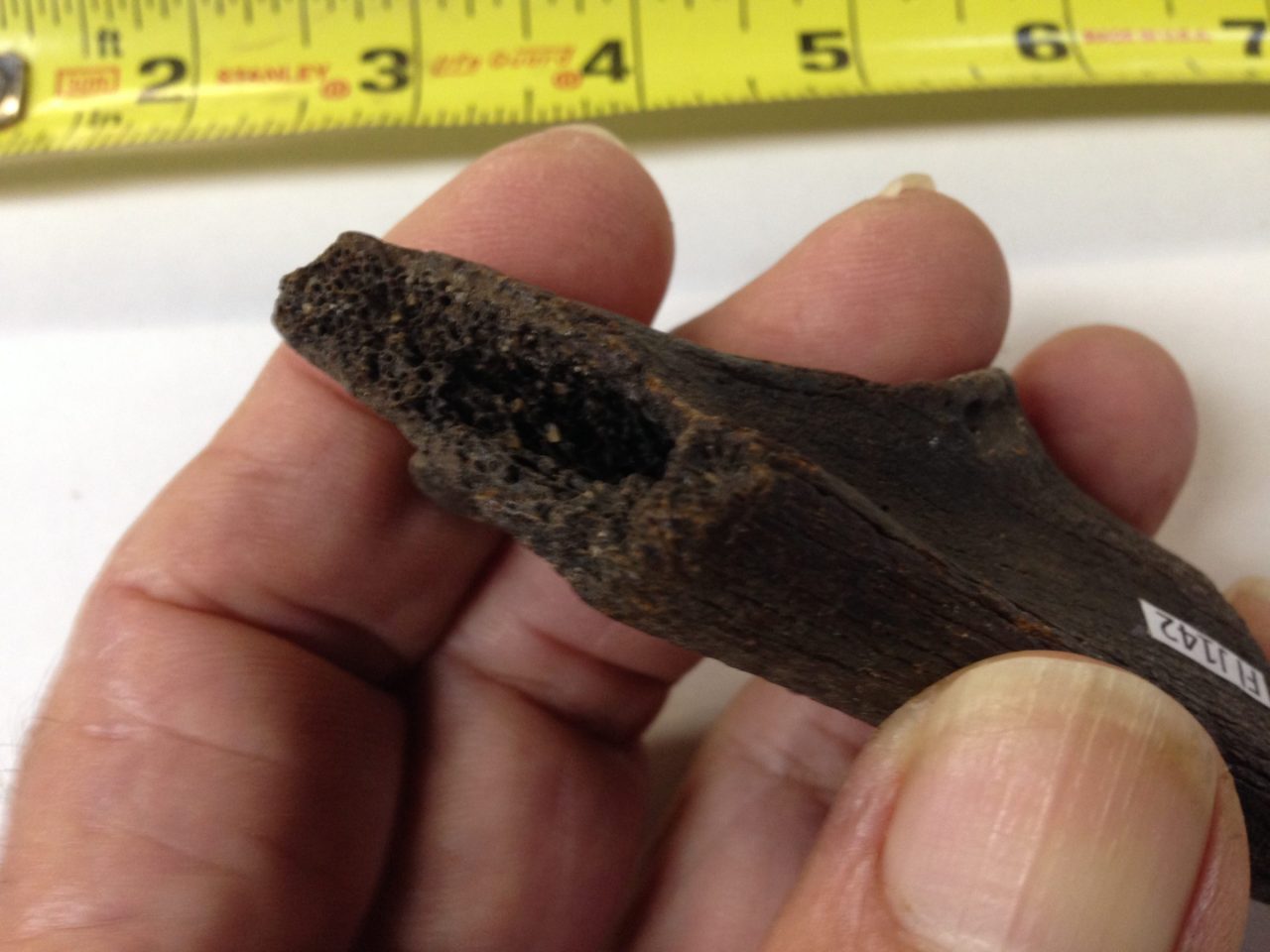 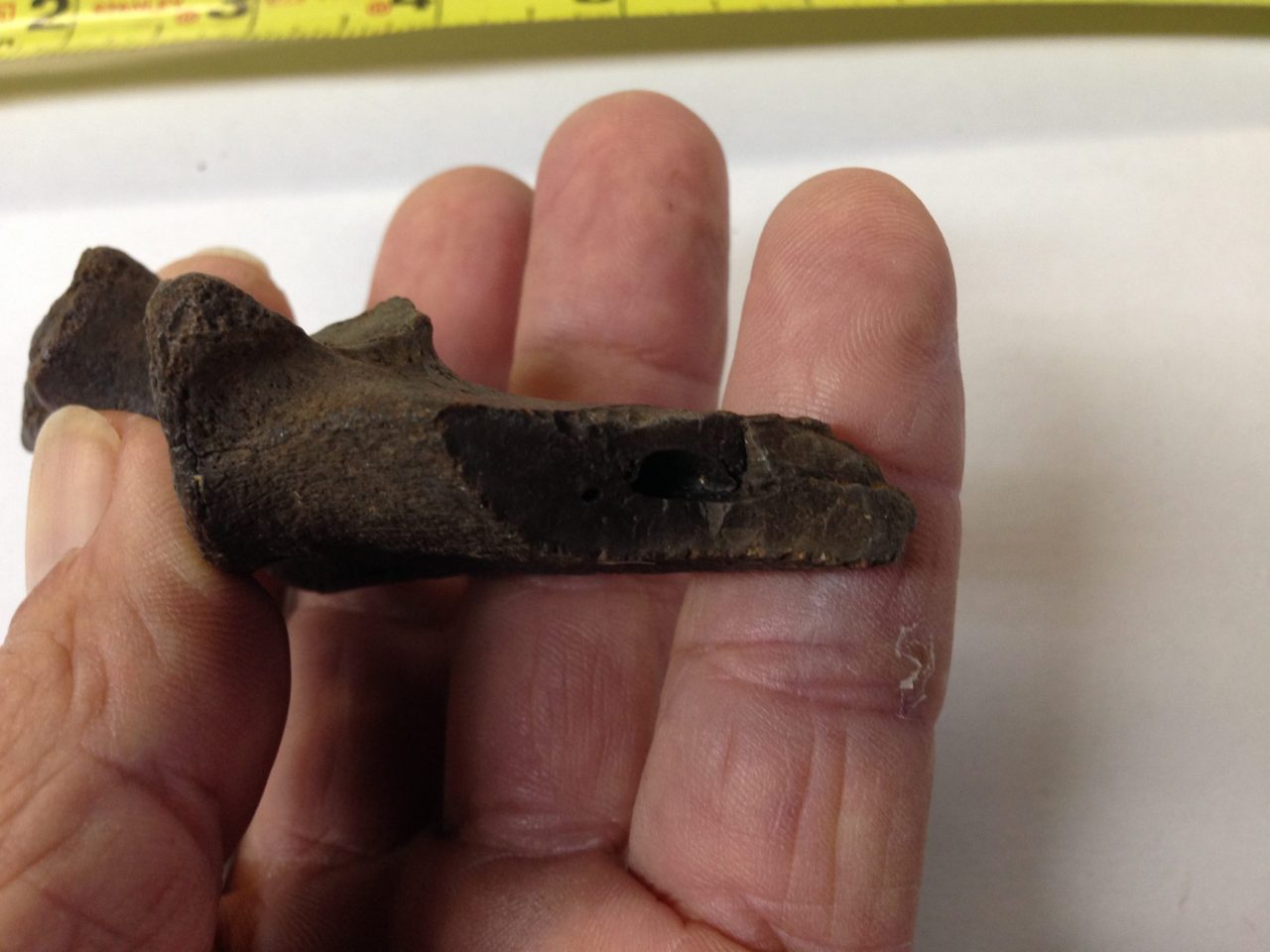 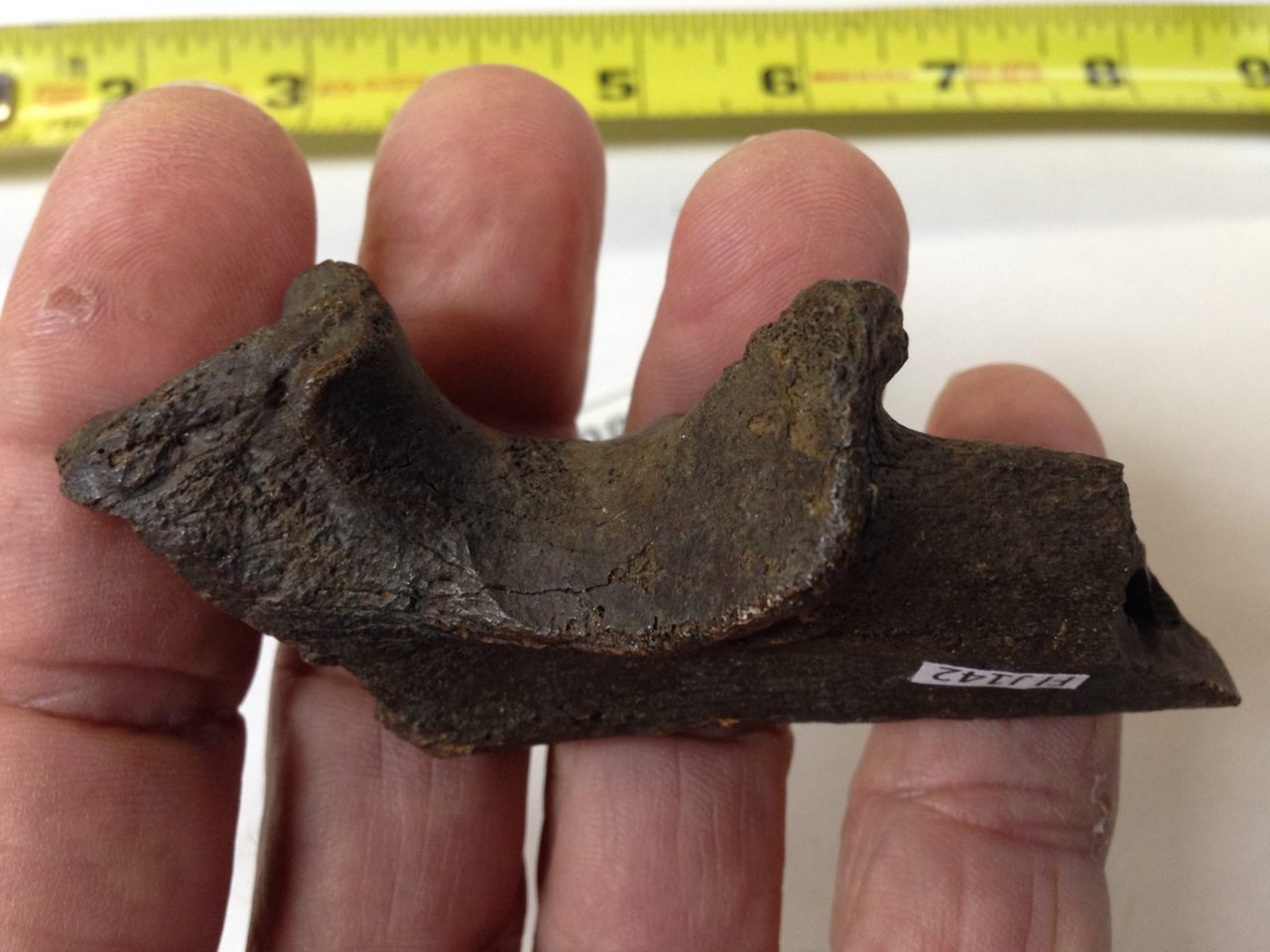 Smilodon fatalis
Common Names: saber-tooth cat (or sabertooth cat), sabercatSmilodon fatalis had a body mass ranging from 350 to 600 pounds, similar in weight to the modern Siberian tiger Fossils of Smilodon fatalis are not particularly common in Florida, but there have been many fossils found across the United States, including a prolific collection in Rancho la Brea in Los Angeles, California.Late middle to latest Pleistocene Epoch; late Irvingtonian and Rancholabrean land mammal agesAbout 700,000 to 11,000 years ago Scientific Name and ClassificationSmilodon fatalis Leidy, 1868 Source of Species Name: not stated in Leidy’s original description, but from the Latin word fatalis, meaning of fate or destiny. But presumably Leidy’s intent was based on the standard English usage of the word ‘fatal’, meaning deadly or causing death .Classification: Mammalia, Eutheria, Laurasiatheria, Carnivora, Feliformia, Aeluroidea, Felidae, Machairodontinae, Smilodontini Alternate Species Names: Machairodus floridanus, Smilodon californicus, Smilodon floridanusFigure Overall Geographic RangeSmilodon fatalis lived in southern and central North America, Central America, and western South America (Kurten and Werdelin, 1990). The type locality is in southeastern Texas (Leidy, 1868).The genus Smilodon contains three widely recognized species: Smilodon populator, Smilodon fatalis, and Smilodon gracilis (Kurten and Werdelin, 1990; Turner, 1996). Two species names widely used in the older scientific and semi-popular literature, Smilodon californicus and Smilodon floridanus, are almost always now regarded as junior synonyms of Smilodon fatalis. Berta (1985) proposed that Smilodon populator and Smilodon fatalis were actually a single species, with the former name having priority. This approach has been followed in a few other studies, but today most experts on extinct felids regard the two species as distinct. Smilodon populator in this scenario is limited to portions of South America east of the Andes.

In North America, Sabercats hunted large herbivores such as bison and camels and it remained successful even when encountering new prey species in South America. Smilodon is thought to have killed its prey by holding it still with its forelimbs and biting it, but it is unclear in what manner the bite itself was delivered. Scientists debate whether Smilodon had a social or a solitary lifestyle; analysis of modern predator behavior as well as of Smilodon’s fossil remains could be construed to lend support to either view. Smilodon probably lived in closed habitats such as forests and bush, which would have provided cover for ambushing prey. Smilodon died out at the same time that most North and South American megafauna disappeared, about 10,000 years ago. Its reliance on large animals has been proposed as the cause of its extinction, along with climate change and competition with other species, but the exact cause is unknown. 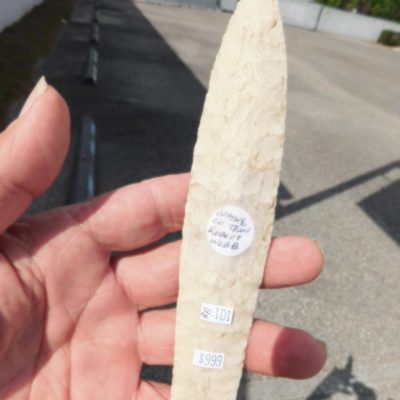 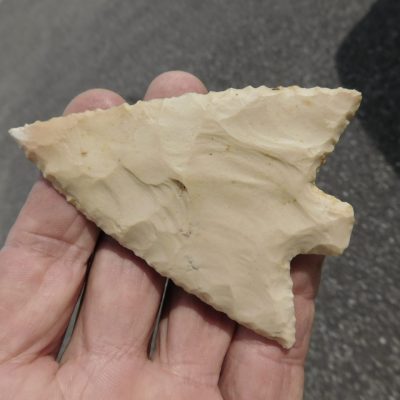 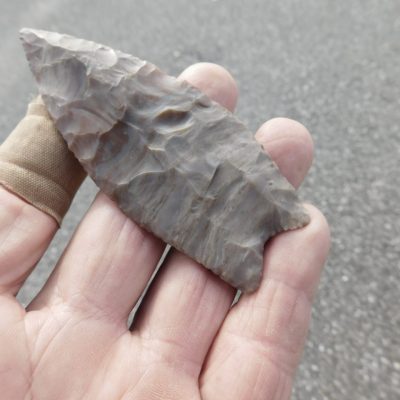 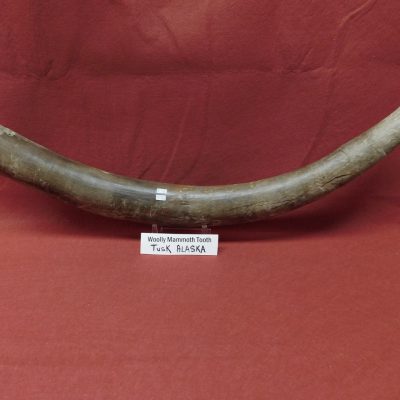 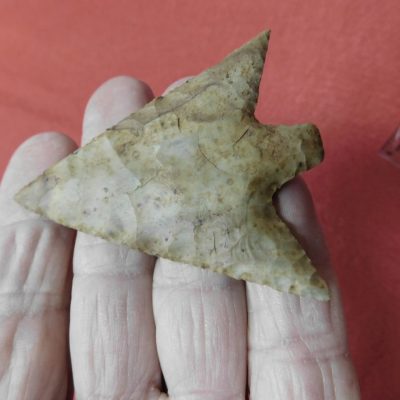 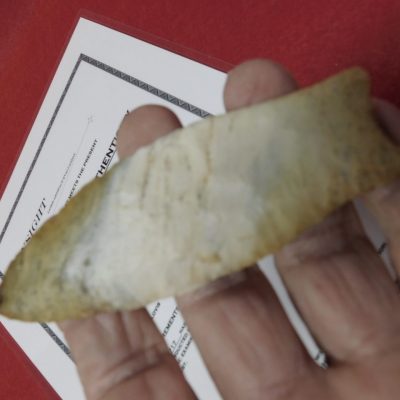 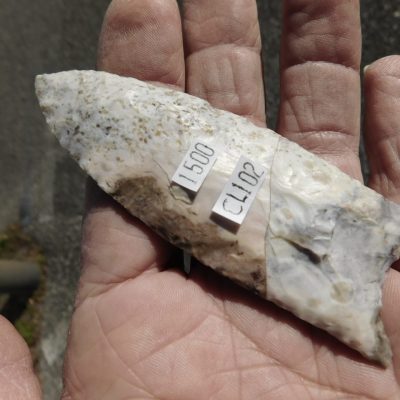 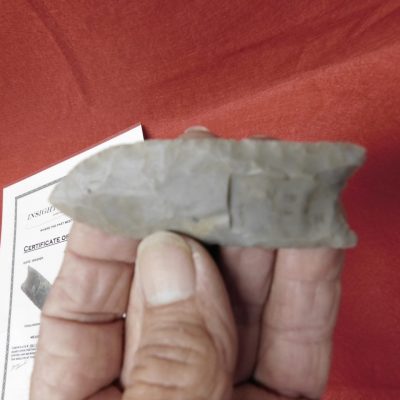 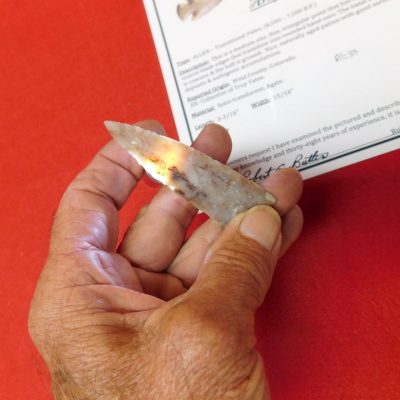 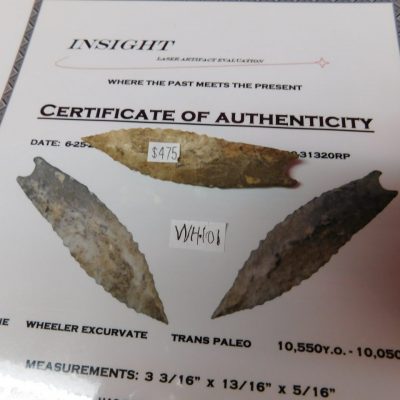 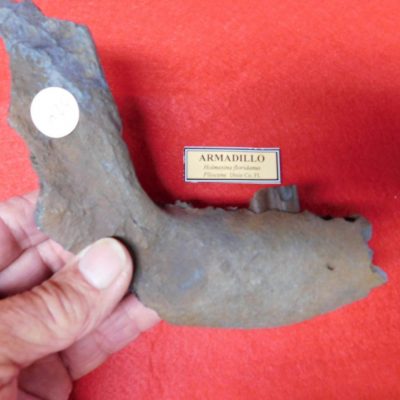 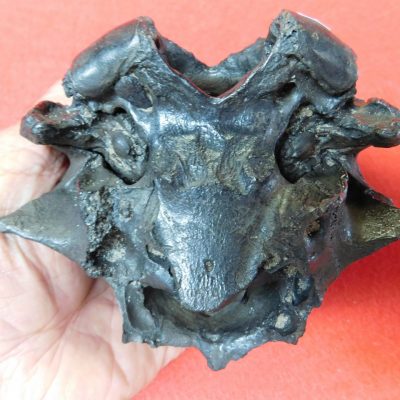 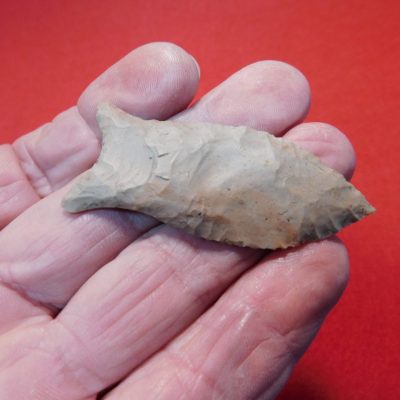 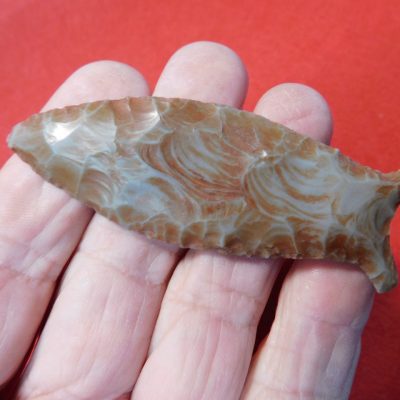 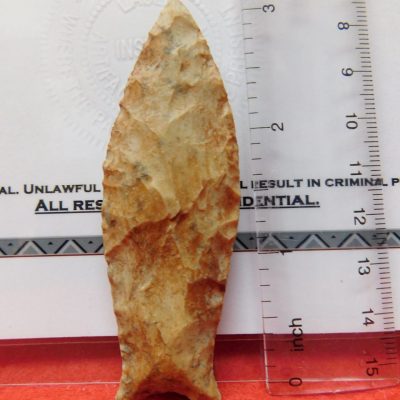 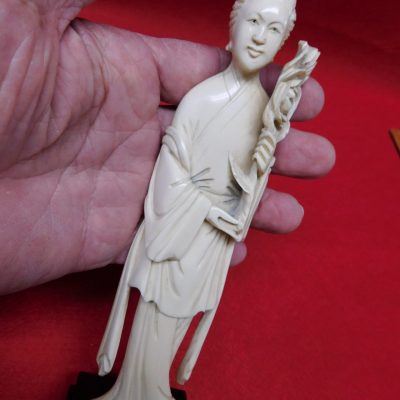 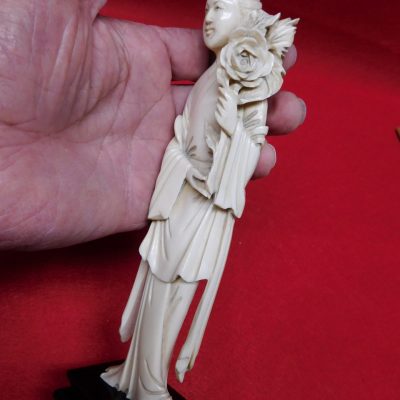